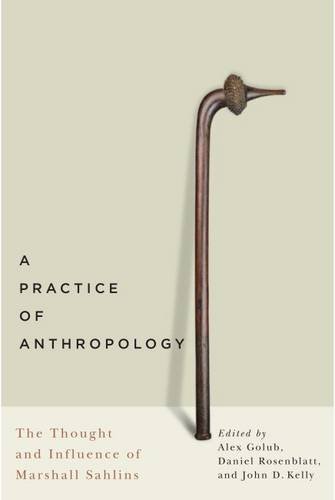 This collection brings together some of the world’s most distinguished anthropologists to explore and advance Sahlins’s legacy. All of the essays are based on original research, most dealing with cultural change – a major theme of Sahlins’s research, especially in the contexts of Fijian and Hawaiian societies. Like Sahlins’s practice of anthropology, these essays display a rigorous, humanistic study of cultural forms, refusing to accept comfort over accuracy, not shirking from the moral implications of their analyses. Contributors include the late Greg Dening, one of the most eminent historians of the Pacific, Martha Kaplan, Patrick Kirch, Webb Keane, Jonathan Friedman, and Joel Robbins, with a preface by the late Claude Levi-Strauss.

“Leviathans at the Gold Mine is a game-changing work. Any one of its chapters would be enough to secure its place as a breakthrough book, but the ensemble is a tour de force of the sort that comes along only rarely. Future debates about the politics of resource development or the relation between states, transnational corporations, and indigenous people will have to start here. Theories about globalization, structure, and agency will have to take it into account. And the bar for Melanesian ethnography has just been raised.”

“Leviathans at the Gold Mine is an important contribution to our knowledge of the Porgera mine and mining in Papua New Guinea more generally. Alex Golub offers a subtle, original reading of mine-landowner relations, as well as new information about the microprocesses associated with Porgera mining, such as how landownership is determined and how royalty checks are distributed. Those insights will be welcomed by scholars interested in local-global articulations and the politics and misunderstandings associated with them.”

Golub, Alex. 2010. Being in the world (of warcraft): Raiding, realism, and knowledge production in a massively multiplayer online game. Anthropological Quarterly 83 (1): 17-45.